What is Ansible Platform?

Large Software organisations require a vital investment in testing to guarantee that they are strong. This specific investment requires staff resources and extra costs which in turn add up and cause the cost of testing raise the overall range of the development project. Fortunately, automation testing can usually be made to speed up the process and overcome these costly testing investments. Automation testing is testing without using manual operation or testing that creates automated scripts for previous repetitive, but necessary, testing in a formalized testing process already in place.

Ansible is an open source automation platform. It is a tool to automate IT infrastructure. The platform is free and open source. It is pretty easy to set up and also effectual. Ansible can assist with server configuration, configuration management, application deployment and task automation.

Ansible shows your IT infrastructure by explaining how all of your systems inter-relate, preferably just managing one system at a time with an intention of multilayer deployments. Ansible additionally does IT orchestration, where user have to operate tasks in order and form a chain of events which must occur on various servers or devices. The orchestration is principally the result of automation or systems deploying elements of control theory.

Ansible acts by linking nodes and straining out small programs named ‘Ansible modules’ to them. These certain programs are written to be resource models of the desired state of the system. Ansible then performs these modules (over SSH by default) and discards them when completed. User’s library of modules can remain on any machine, and there are no servers, daemons, or databases needed. Normally user works with a terminal program, a text editor, and probably a version control system to record variations in content. 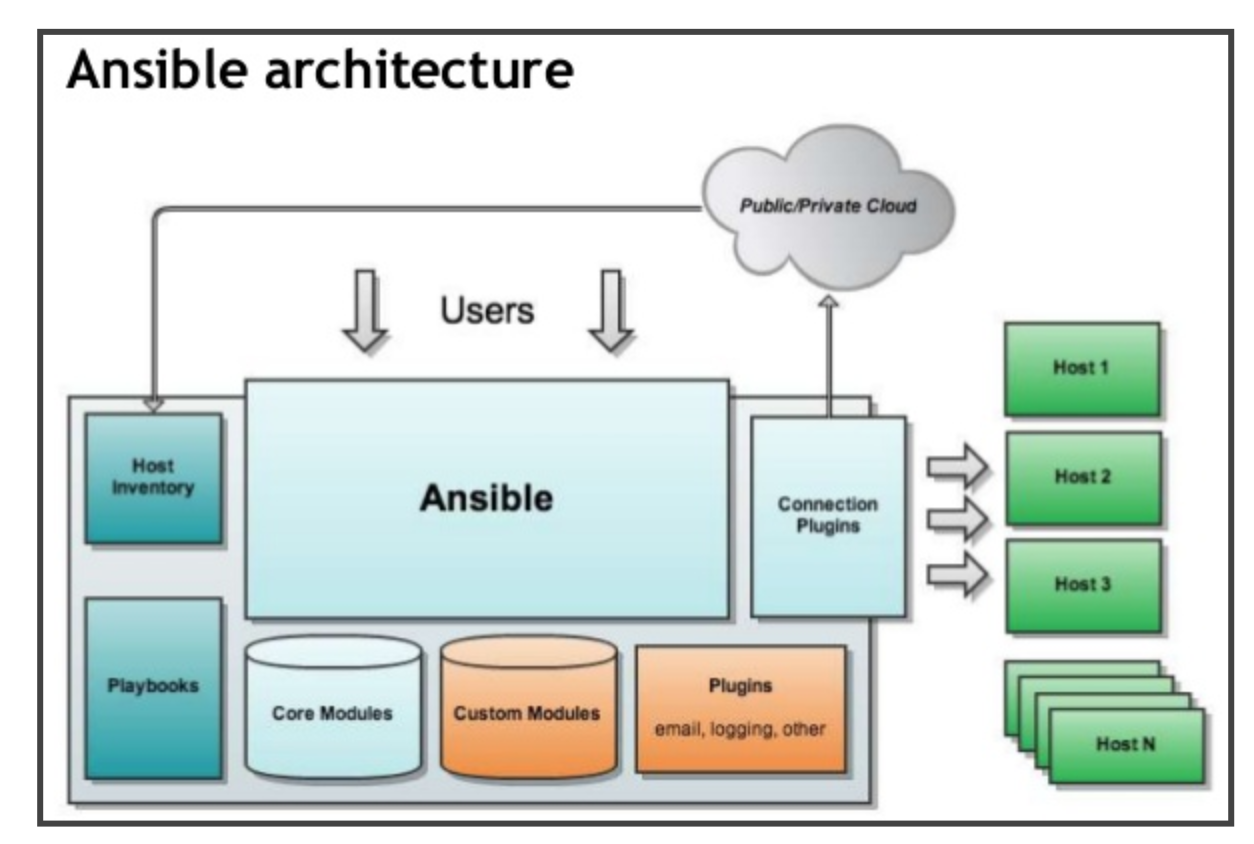 It requires no agents and no extra custom security infrastructure, so it’s light to deploy – the most important factor is it uses a very uncomplicated language that allows you to specify your automation jobs.

Ansible modules are written to be resource models of the desired state of the system. Ansible then executes these modules (over SSH by default) and removes them when finished. Your library of modules can reside on any machine, and there are no servers, daemons, or databases required. The design goals of Ansible include Minimal in nature, Consistent, Secure, Highly reliable, easy and descriptive language, etc.

Ansible platform grants a package for enterprises, Ansible Tower, that is restrictive and not open source. With Ansible Tower, a user can build a workflow from multiple playbooks, integrate playbook and run status alerts into third-party collaboration tools, It can also assign playbooks with role-based access control. The difference with popular configuration management software such as Chef, Puppet, and CFEngine is Ansible uses an agentless architecture.