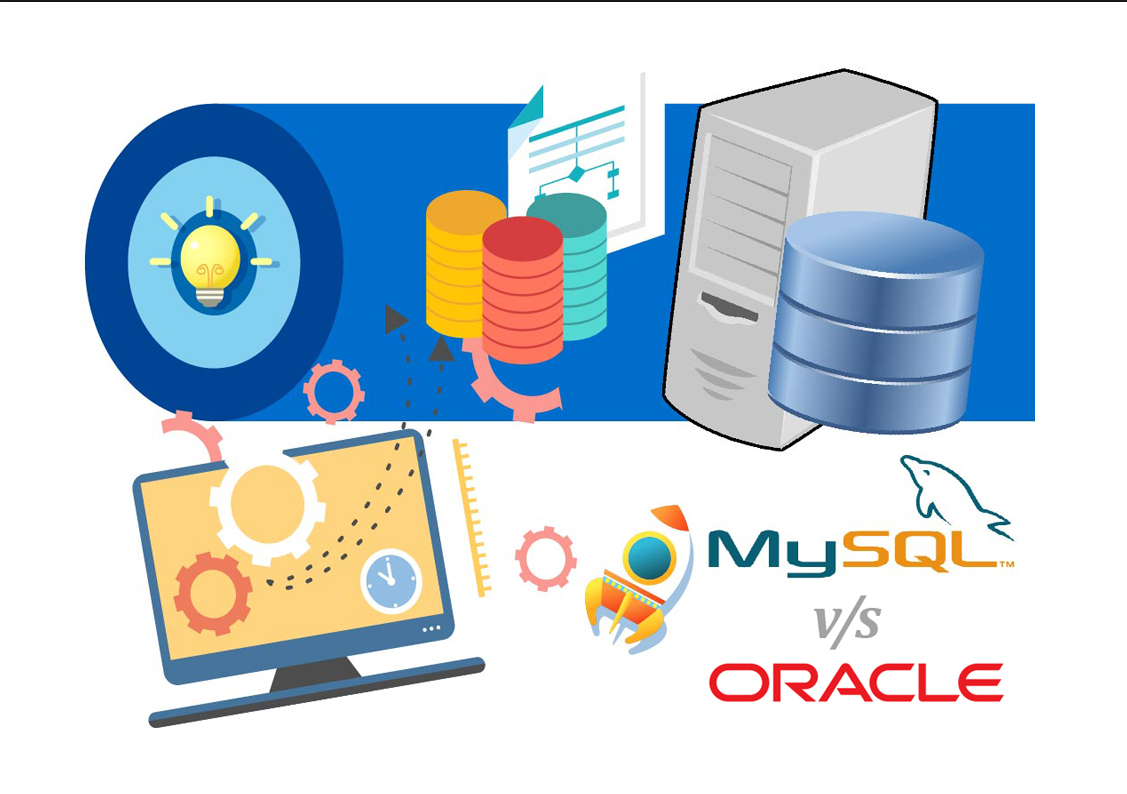 MySQL Or Oracle ?? Which is the best?

MySQL is one of the most popular RDBMS technology which is an open source software released on 23rd May 1995. Its one of the co-founders Monty Widenius has named it MySQL after his daughter’s name, My. The Sun Microsystems acquired MySQL AB on 26th Februry 2008. Since January 2010 Sun Microsystems was acquired by Oracle Corporation. MySQL has been in use by many large-scale high profile World Wide Web (WWW) products such as YouTube, Google (not for searches), Twitter, Nokia, Facebook, Flickr, etc. MySQL is of two types:

1. MySQL Community Server – It is a free downloadable open source database being supported by an active community of database enthusiasts and open source developers. It is absolutely free to use.

2. MySQL Enterprise Edition – Out of multiple MySQL editions the customers may flexibly choose this type in order to meet technical and specific business requirements. It requires some amount of money to spend but is affordable.

MySQL is extreme popular Relational Database Management System since it uses basic features of Structured Query Language (SQL) that also works very fast. This is why it is most preferable, especially in case of handling small to medium scale firms and those who are into startups. It is comparatively easy to setup and manage. It has great horizontal scalability. The most common development environments that MySQL supports are .NET, Ruby on Rails, Java, PHP and Perl. The user sessions are managed through threads. The threads are managed by the Scheduler of Operating System that enables running multiple tasks at a given time altogether such that the second task gets started before the first is finished. There is no online built-in backup for data recovery in MySQL. It uses very easy and basic import-export features. Its data dictionary offers basic metadata. The storage engine uses different methods of storage that depends from individual files to tablespaces. It has very basic features for stored procedures and has limited scalability. The session threads use interpreter.

Oracle is also a widely Relational Database Management System which was founded in the year 1977 by Larry Ellison and his colleagues in Software Development Laboratories. Since then this commercial DBMS has been in constant updation after every one to four years with impressive new as well as existing features. Oracle Corporation is a multinational computer technology firm that has its headquarters in Redwood city, California, U.S.A. It owns the Oracle database. It is third largest software maker after Microsoft and IBM, by revenue. It has four different types:

1. Enterprise Edition – Used by the large corporation due to its vast array of tools and features.

3. Standard Edition one – It is designed for small businesses that has the facility of single CPU servers.

4. Express Edition – It is an entry level database being used by the beginners. This is used to develop, deploy and distribute.

A person must be extremely skilled in knowing Oracle database in order to manage large environments because it becomes very complex later. The plus point is once you know how to deal with it your database would be really powerful than any other existing type of database. Oracle is great in handling medium to large scale businesses. The common development environments that Oracle supports are APEX, Java, PHP, .NET and Ruby on Rails. The user sessions are managed through server processes in this case. For replication it has lots of features with higher complexity. It has a lot of filtering and manipulation processes. Oracle has RMAN (Recovery Manager) that supports the backups and acts as a separate central repository for multiple DBMS servers. It has additional features for import-export. Oracle has data dictionary that contains a vast array of terms and their related functions in detail. The storage in case of Oracle DB is done by the tables that are managed in tablespaces. It has very advanced features for stored procedure, including the built-in ones and so is extremely scalable.

Despite of the fact that Oracle database delivers very high performance still small scale to medium firms never prefer it because of the cost for purchasing it is very high. Only the high profile companies choose this type of database. On the other hand, MySQL is capable to work good despite of its limited features and very low cost and therefore is preferred.

Is your slow website speeding up your loss in sales?

Web Hosting and Its Advantages