iCloud, Google Drive and Dropbox are few popular Cloud storage providers. Cloud storage is a service in which data is cached, distributed, backed up in a separate location and made accessible to users over the Internet. Users usually spend for their Cloud data storage according to usage as per monthly rate.

Cloud storage depends on thoroughly virtualized foundation and it is important to have available interfaces, elasticity and scalability, metered resources, etc. Security in this field remains to be a matter amongst users. Service providers are trying to deal with such concerns by increasing security capacities like encryption and authentication into the cloud services.

The Global Cloud Storage market is assumed to grow at 24.47% during the period of 2017-2025 according to latest studies. The principal switches that are promoting the demand are the expanded use of Cloud solutions and the growing applications of the cloud computing. Almost 90% of the businesses are utilizing cloud-based services for real-time access and have a substitute in emergencies. Thus cloud computing has discovered its process into nearly all end-user activities. For example, social networking, document hosting services, backup, and storage services.

iCloud, the leading Cloud computing provider by Apple Computer Inc, provides the Cloud storage as well as apps for desktops, tablets and mobile devices. iCloud gives the capacity to save the documents, videos, photos, music and other important data online and also the facility to synchronize those data with iOS-powered devices. An iCloud account has 5 GB of free storage for users of either an iOS device or a Mac. They can purchase additional storage for a total of up to 2 TB. The amount of storage is shared across all devices per iCloud Apple ID.

iCloud permits users to save the settings and data on iOS gadgets running iOS 5 or following. Data collected comprises photos and videos in the Camera, device environments, App data, messages, etc. Backups happen regularly once when the machine is locked, have an internet connection and power source. Malfunction of a gadget is a normal frequent thing. In case an Apple device gets failed in functioning, restoration is easy as it caches every data and the Apps regularly. iCloud helps to recover all data along with App data if the device was synced to iCloud and backed up. 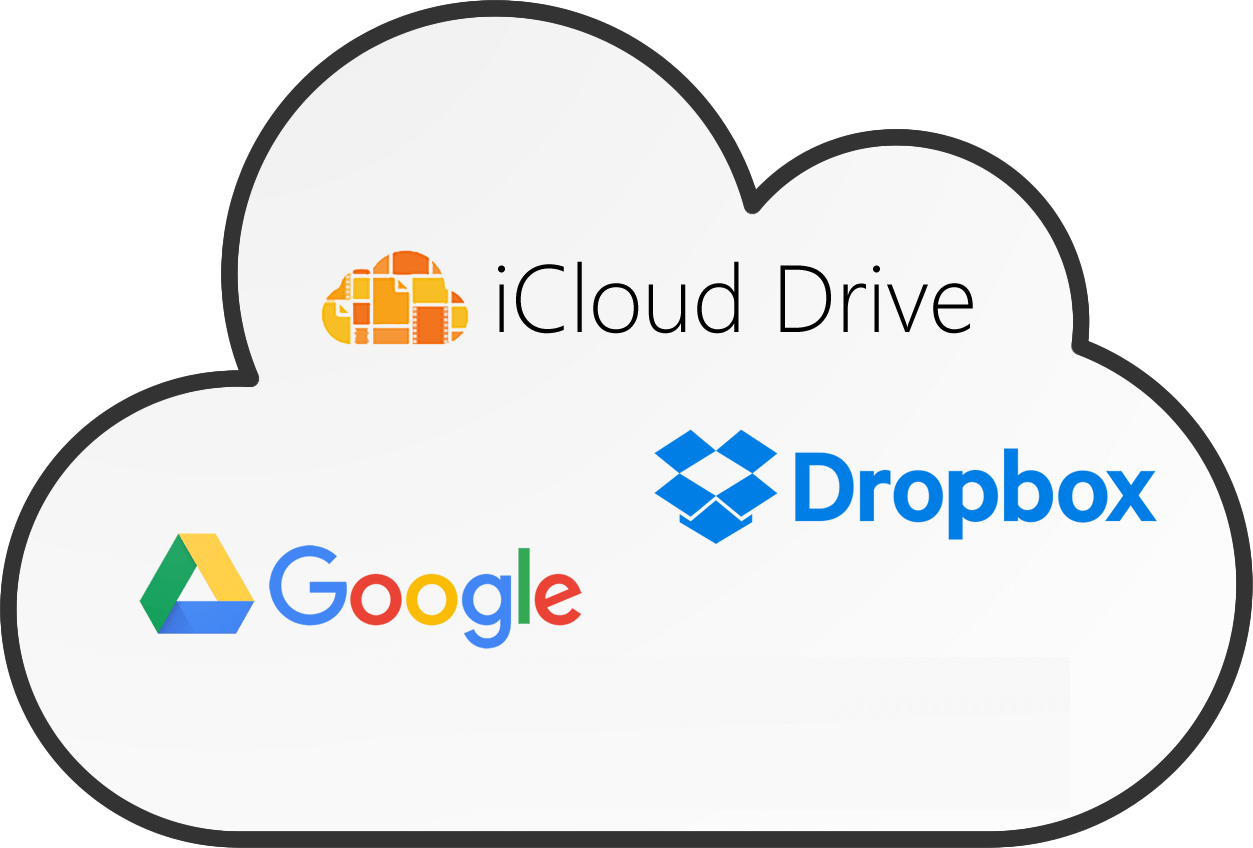 Presently iPhone, iPad, iPod, and Mac users can locate their devices easily. Once you locate your device you can remotely clear and lock it. The location access opens a way to reach the device and the criminal if it is robbed. Find My Friends was a new feature introduced to iCloud in iOS 5. Find My Friends is like Find My iPhone but users can share their location with others who are using the feature. These features are built-in to the device and cannot be separated.

iCloud service device backups do not produce end-to-end encryption and without that, the users’ information is transmitted unsecured because it is readily obtainable to illegal people.

Photo Stream is a feature provided with the basic iCloud service which lets users save the recent photos of up to 1000 on the iCloud servers to 30 days without any charge. A photo stream enabled iCloud account autosaves photos to the iCloud server whenever a picture is taken. It is then pushed to the rest of the user’s registered devices. Photos in Photo Stream will automatically be removed from other devices after the user reaches any of 1,000-photo or 30-day limit.

Dropbox is one of the simplest Cloud storages to handle. Distinct to iCloud, Dropbox only collects files. It doesn’t link data. Dropbox works in every platform like iOS, Android, Windows Phone, Mac, Windows, and Linux.

Dropbox generates a folder and puts it in sync with all your devices on a computer. It allows exceptional innovations such as shared folders and the facility to copy a Dropbox link to let someone download a file you’ve collected in your folder. Many desktop and mobile Apps emphasize strong combination with Dropbox, and it makes access to the files from the Dropbox website. Just like iCloud 5 GB free storage, Dropbox account gives you 2 GB free storage initially, and later you can purchase more.

Google Drive is more similar to Dropbox. It also builds a folder on your computer, to which you get access from your mobile phone or similar internet-connected gadgets and can manage that folder. Other Google Apps stores files, docs, sheets, etc. in Google Drive. A user can use Google Drive on Mac and Windows and on Android or iOS devices. Also, use Google Drive with a Chromebook or in a web browser. With 15 GB of free storage, the Google Drive wins the storage provision. This storage applies to files, Gmail account and Google Photos if at all you are a user but it is not applicable to Google Docs. You can produce and store as many as you want, and if you need extra storage, Google grants you to go large with their appropriate plan.

There is no one service to suit all users. It may be a mixture of various services that collectively satisfy their unique needs. Favorably, all of the above-mentioned Cloud storage providers offer free storage, so we have to try them out and see which works best. For most users, the free storage offered by Dropbox, Google Drive and iCloud will be sufficient.

How does cloud server store data?

Can Ransomware affect the whole server network? How to overcome it?