Blue screen of death (BSOD) is Radeon an error screen displayed on a computer (generally with windows operating system) as the result of a fatal system error. This happens when the OS has come across a condition when it cannot operate safely anymore. BSOD commonly occurs with the Windows operating system, but in Linux, it is very much unlikely and uncommon, at the same time not impossible. This had happened to an Ubuntu developer, Marco Trevisan. He came across an error on the screen with a blue screen while he was trying to suspend his system. The reason was supposed to be the Radeon kernel module and he had not done anything to make it crash. Till it happened, everybody thought BSOD was an exclusive feature of Windows operating system.

Linux has excellent capabilities to handle the hardware and hence, there are only very few possibilities of getting Kernel panic in Linux. But it happens when you have a hardware with malfunctions, like issues with power supply, faulty memory, overheating of components, or hardware running beyond its specification limits and in such cases, the system stops working resulting in an error screen. Experts say that not only malfunctioning hardware, but also missing core files and terrible configurations can also lead to kernel panics. 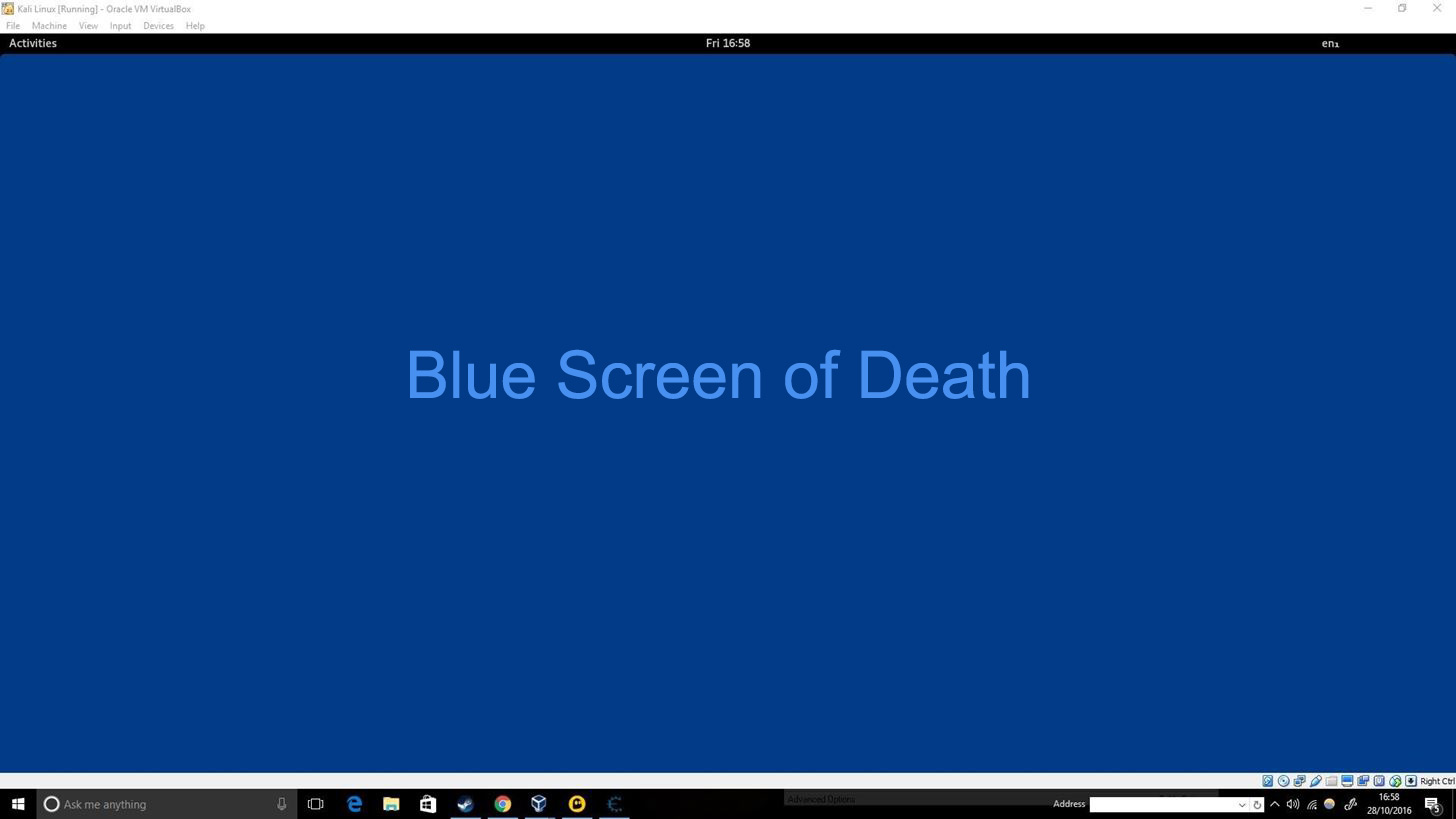 At times, blue screen of death in Linux occurs just after login. Anyhow, this is not a hardware issue. Some packages might be broken. This can be fixed by rebooting the system. Once the blue screen appears after login, switch to the terminal Ctrl+Alt+F1 and then run. This works in most of the cases. Yes, simply rebooting the system can resolve the issue. But if it does not work, it is suggested to try the command mentioned below:

Sometimes a black screen appears after rebooting. This generally happens to systems with issues in graphics card. Initially, then, you need to work hard to reboot it for the first time and then install a good quality graphics card driver or opt for updating the software packages and the issue will be resolved.